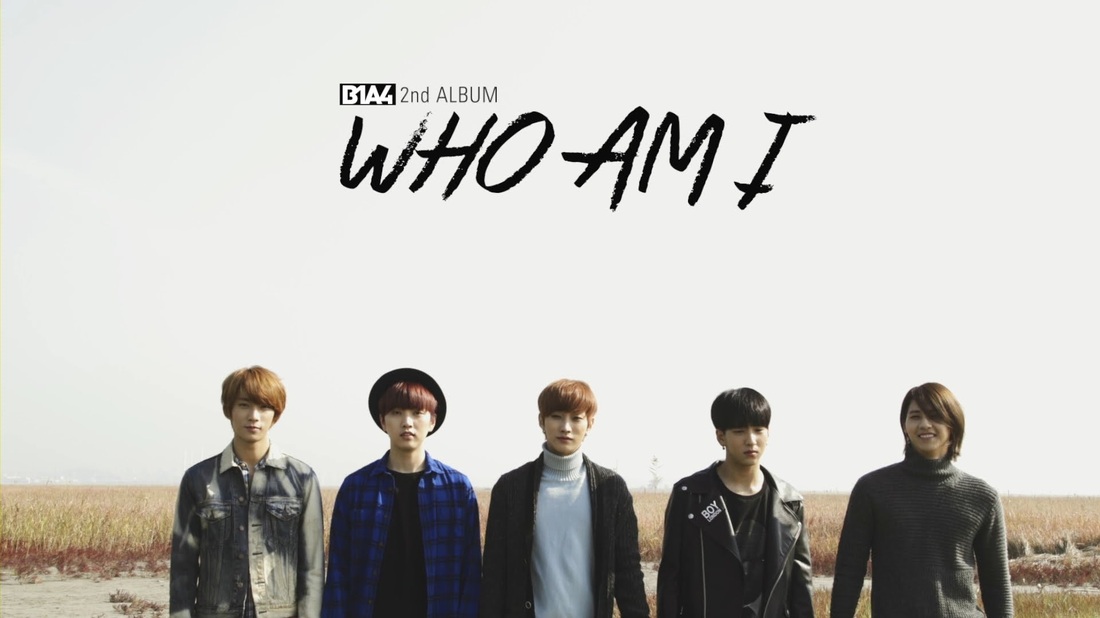 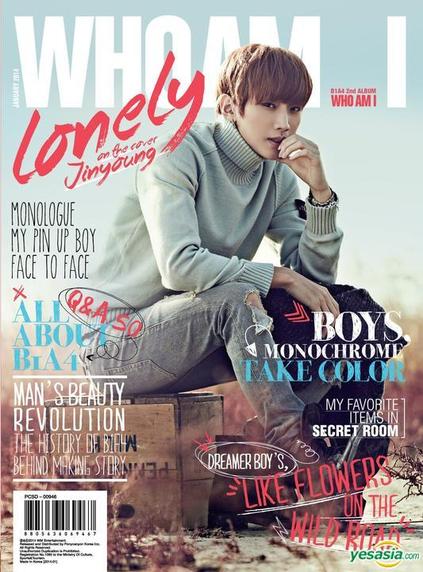 Fun Facts:
•On their debut EP “Let‘s Fly“, JinYoung wrote and composed the song “Bling Girl“. Member Baro has stated that it was written about JinYoung‘s Elementary school girlfriend.
•He has an older sister
•Is a good cook
•If B1A4 were a family, he would be the Dad
•One of his favorite songs is “Once Upon A Day” by Kim Bum Soo
•One of his favorite singers is Lee Seung Chul
•During the shooting of the MV for “I Only Learned The Bad Things“,B1A4 went back and forth between Kangnam and a studio in Kyungki-Do in order to shoot their music video. JinYoung had a high fever, but didn‘t say or show that he was in pain and focused entirely on the recording. He collapsed right after he completed the shoot and was rushed to the hospital, where he was diagnosed with enteritidis (Intestinal inflammation).
•The track “Wonderful Tonight” on the album “it B1A4” was written and composed by him.
•Some of his talents include song writing, composing, singing,acting, and playing guitar
•When asked about his first impressions of the others, he responded that he expected CNU “wouldn‘t talk much,” for Baro to be “a frivolous/playful one,” Sandeul to be “completely innocent,” and GongChan seemed “chic. 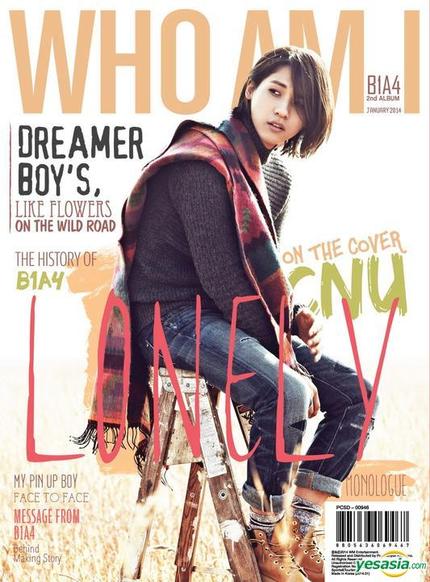 Fun Facts:
•If B1A4 were a family, he would be the Mom
•He knows Taekwando
•He is known for his smile and his gentleman like attitude
•He writes his rapping parts in B1A4 songs such as “Beautiful Target” and “Wonderful Tonight“
•He is a health freak
•Loves to play sports
•One of his favorite songs is “Up To You” by Chris Brown
•Some of his favorite singers include Tamaki Koji and Anzen Chitai
•He was the last member to join B1A4
•Is sometimes a bit awkward on camera
•Has an older sister who picks out his clothes for him
•He is currently acting in the sitcom “I Need A Fairy“ 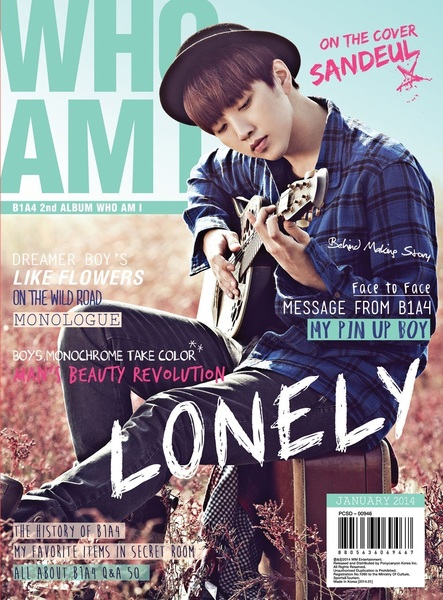 Fun Facts:
•When growing up, Sandeul entered and won several Vocal competitions around South Korea.  Because of this,Sandeul was known before B1A4 debuted.
•He has an older sister
•If B1A4 were a family, he and Baro would be the older siblings.
•When he was a trainee, Sandeul had to lose a lot of weight in order to debut with B1A4. He admitted that he had been chubby,but he had weighed himself weekly and had set goals for himself to lose weight. He shared a story about how he had run on the treadmill all night to lose the last kilogram.
•He was the fourth member to be recruited
•Likes to cook
•Likes to swim
•One of his favorite songs is “Road” by g.o.d
•One of his favorite singers is Kim Yeon Woo, Eric Benet, and Park Hyoshin
•He likes to watch Anime
•The “Gentle Breeze Dance” (I love you~) part of the “OK”choreography was based on his name
•He emphasized that he’s afraid of knives and has no plans for plastic surgery. He has stated that knowing the importance of your“God-given body” is the start to doing good deeds for your parents.
•Before their debut, Sandeul switched to contact lenses from his strong prescription glasses.
•At one point, his laptop background picture was a picture of Gongchan 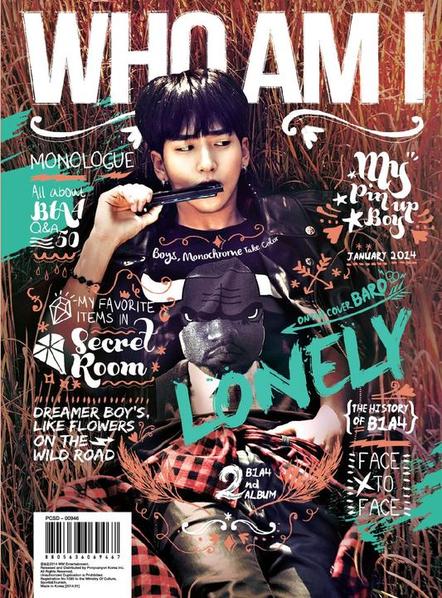 Fun Facts:
•He is responsible of all the rapping lyrics on B1A4′s albums (Aside from CNU‘s parts)
•He has a little sister
•If B1A4 were a family, he and Sandeul would be the older siblings.
•He can beatbox
•Likes to run
•Sometimes when Baro tries to act cool, it comes out wrong and he ends up looking cute instead
•One of his favorite songs is “Got Money” by Lil Wayne
•One of his favorite singers is Lil Wayne and Tiger JK
•He greatly respects Tiger JK, and would like to learn rap skills from him
•He got the nickname “Squirrel” for his energetic nature
•He says that the hardest part about living in a dorm for him was the commute to school. The dormitory was about a two-hour drive from school, and it was difficult for him to wake up early in order to get ready. 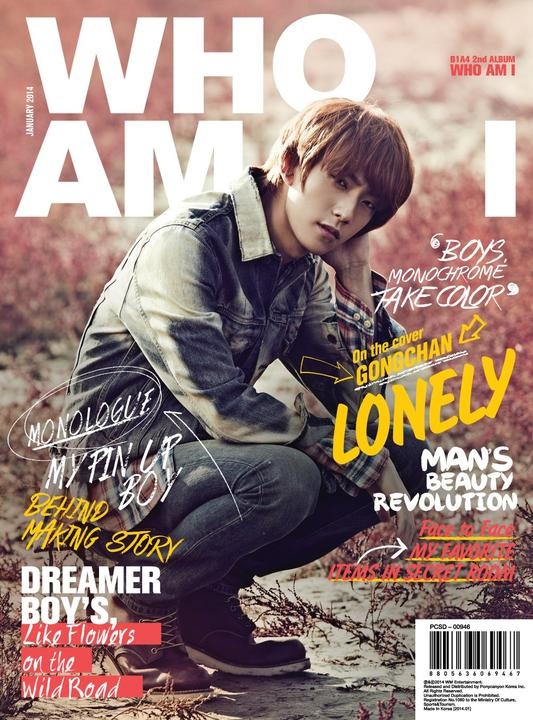 Fun Facts:
•Out of all the B1A4 members he is the best at Math
•Likes to swim
•If B1A4 were a family, he would be the youngest sibling.
•He likes to listen to ballads
•One of his favorite singers is Donghae from Super Junior
•He has one younger brother named Minwoo
•Even though he is the youngest, he has a mature side due to being the oldest sibling of his family. So he takes good care of his hyungs despite his age.
•The first time he recorded his singing Gongchan was so nervous that his voice “froze to a point where [he] couldn‘t hear it.” But the thought of his hyungs cheerfully singing empowered him to start recording again. When he was content with the recording,Gongchan flashed a “shining halo” of a smile.
•His ideal type is a person who has to have a “cute bunny-like or frog-like face,” only love him, and match with him “like bread and butter.”