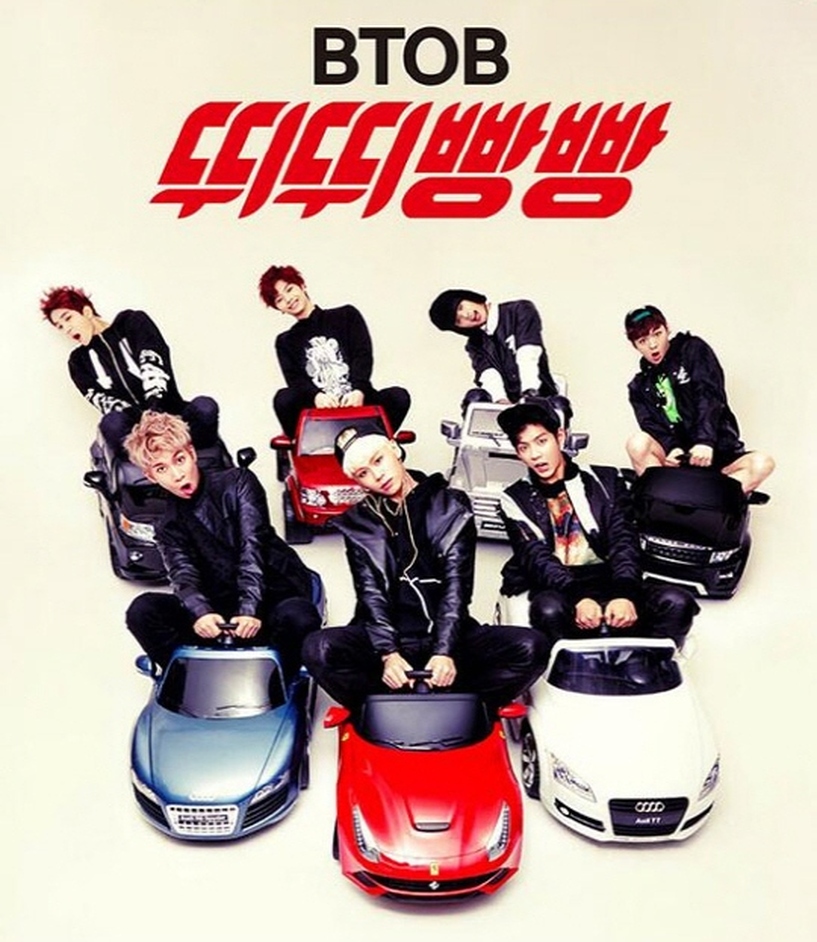 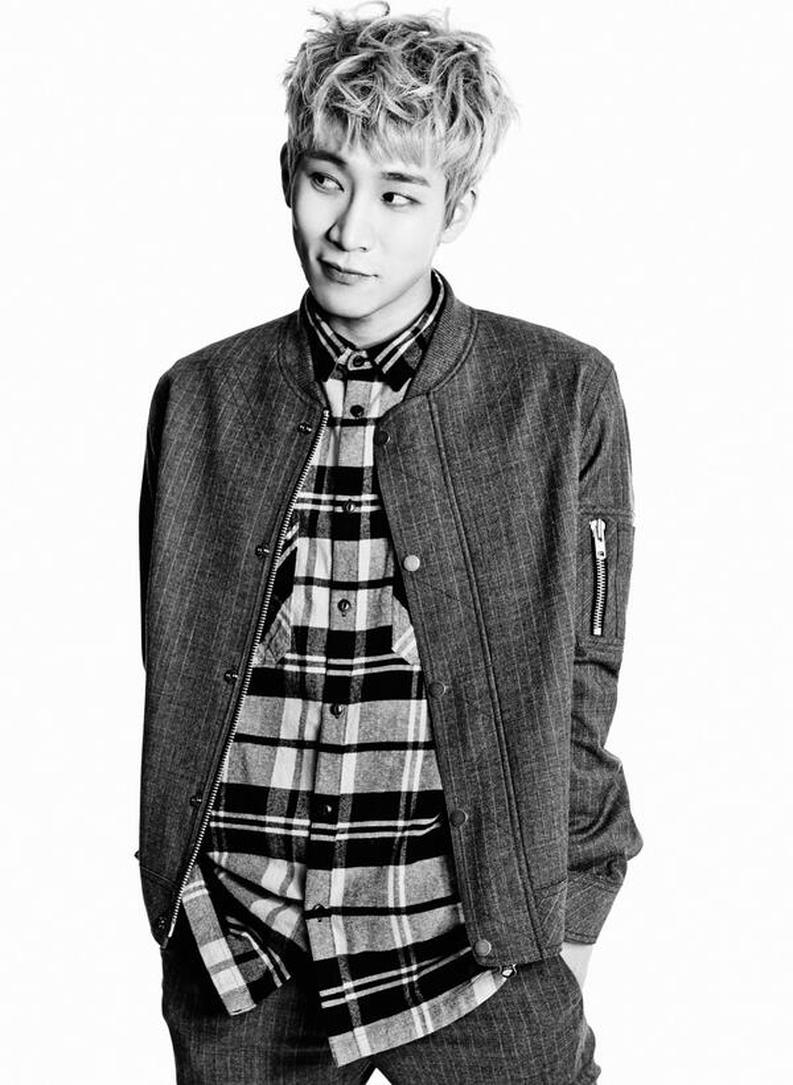 Fun Facts:
• He has a younger brother.
• He has a bad habit of shaking his legs.
• Eunkwang likes to listen to emotional songs and his role model is Kim Bumsoo.
• His favorite food is nurungi, which is a traditional korean food made with scorched rice and his favorite dish is baeksook, which is meat or ﬁsh that is boiled or steamed without seasoning.
• His favorite color is blue and his favorite number is 7.
• His favorite movie is the Harry Potter Series.
• Eunkwang likes to play soccer.
• Eunkwang’s nickname, given by his fans, is ‘Seo-Eunkwang-Chang- Luck’.
• Eunkwang is in charge of singing the chorus for the group.
• He can listen to a song and harmonize on the spot.
• When Eunkwang gets nervous he prays. He prays before live performances.
• Eunkwang likes to have an unbalanced style, like wearing loose pants and t-shirts, and he likes unusual patterns.
• He knows how to play the piano.
• Eunkwang’s ideal type is someone with a big mouth and eyes that look attractive when she smiles.
• Motto: "The higher you go, the lower you should become." 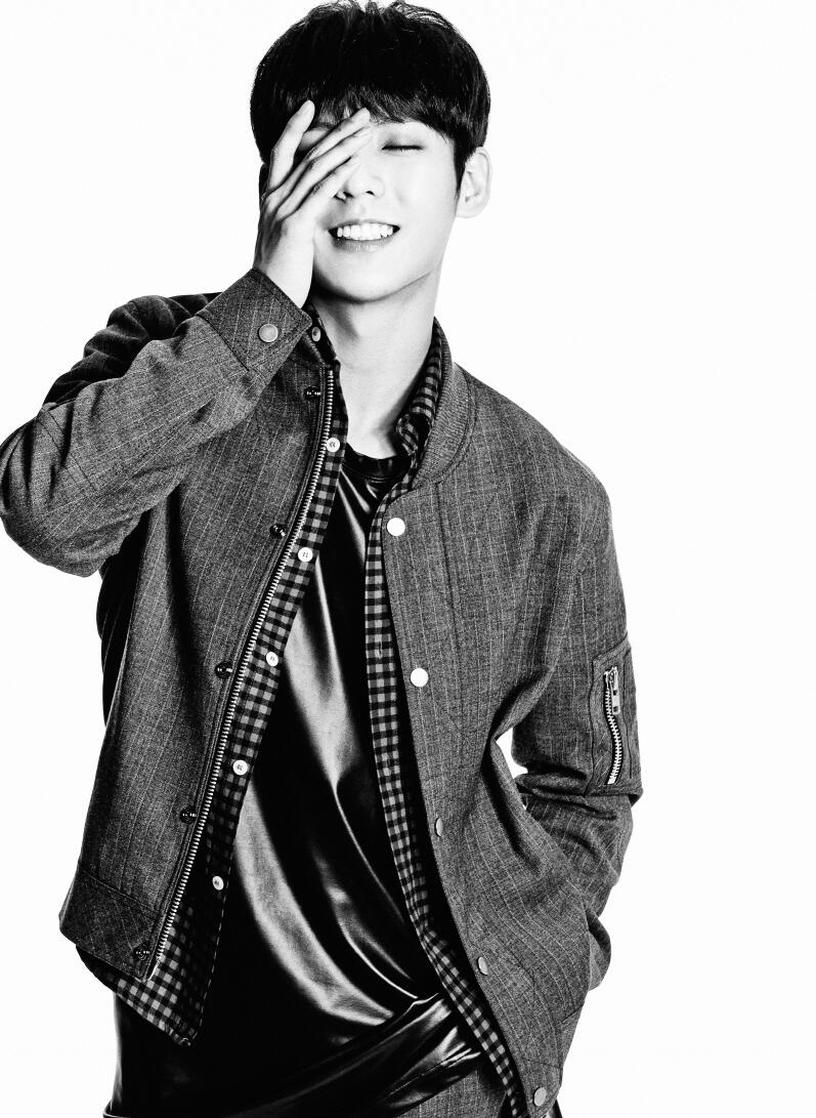 Fun Facts:
• He has an older brother.
• Minhyuk has a bad habit of stretching and cracking joints in his body.
• He likes to listen to k-pop and hip-hop and his role model is Lee Seunggi.
• His favorite foods are bean-paste soup, cheonggukjang, and potato rib soup.
• Minhyuk’s favorite colors are black and white and his favorite number is 8.
• His favorite movies are The Dark Night and Inception.
• Minhyuk composed part of “Insane” and he helped write the rap in “Imagine”
• He’s been rapping since he was in high school.
• He has the most skin care products in the group and a lot of the fans buy them for him.
• Minhyuk has an interest in acting.
• Minhyuk started acrobatics when he was a senior in high school but only did it for 3 months.
• His goal is for people to think of him ﬁrst when they think of BtoB.
• He’s more popular with younger fans because he looks younger than he actually is.
• He likes to exercise and work out.
• Minhyuk enjoys writing lyrics, composing, and rap-making.
• His ideal type is a lovely girl with lots of aegyo.
• Motto: “Always be humble.” 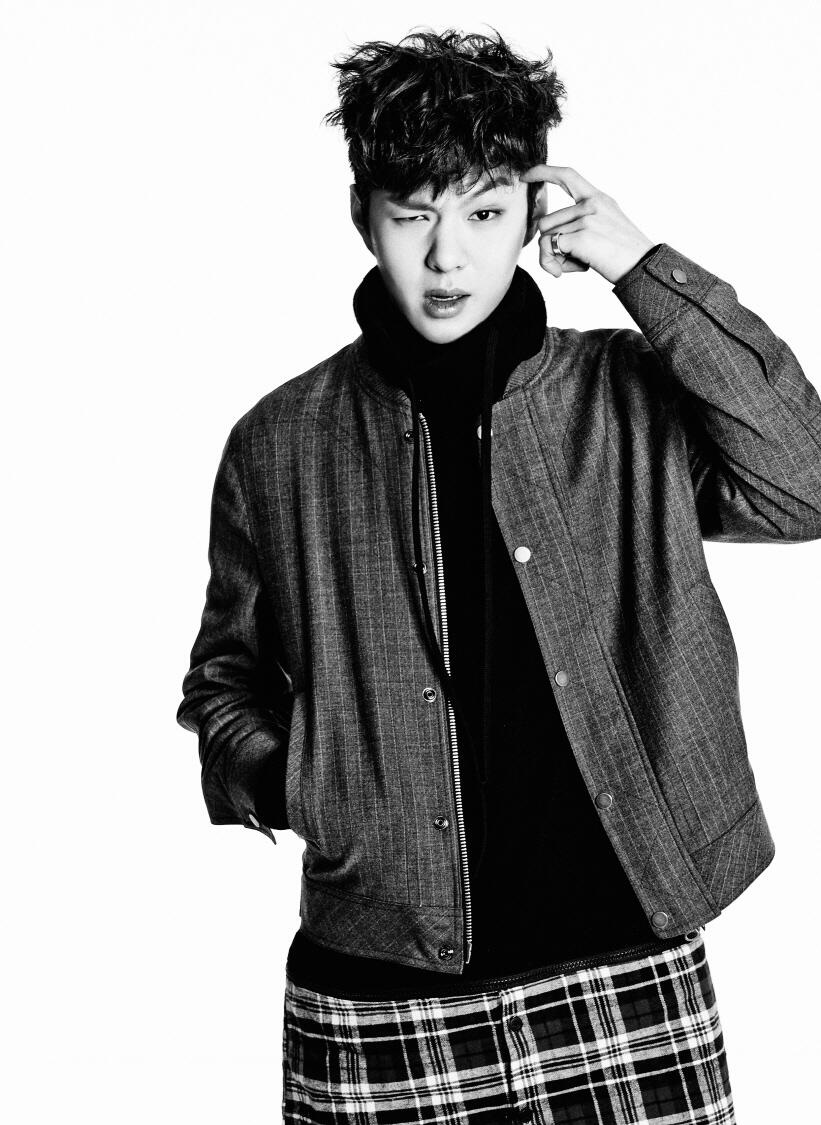 Fun Facts:
• He has an older brother.
• He has a bad habit of nail biting.
• Changsub looks up to Michael Jackson and he likes listening to his music.
• He isn’t a picky eater, so he can eat anything.
• His favorite color is black and his favorite number is 27.
• Changsub has great aegyo.
• He likes to threaten the maknae, Sungjae.
• His charm are his round eyes that turn into half moons when he smiles. He has a cute eye smile.
• He needs the most amount of sleep out of all the members.
• He tends to lose his items often.
• His ideal type is a sexy girl with barely open eyes.
• Changsub plays the drums and piano.
• Motto: “Things are only difﬁcult now.” 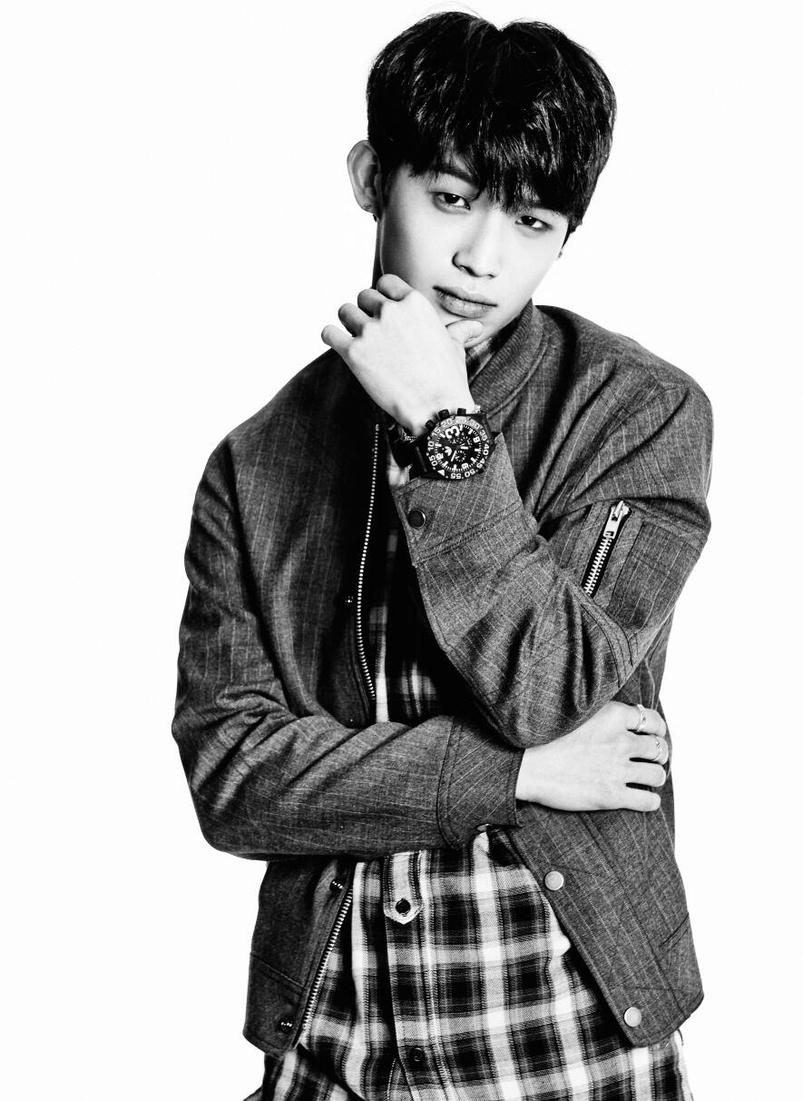 Fun Facts:
• Hyunsik has one older brother.
• He listens to r&b and soul, and his role model is Stevie Wonder.
• His favorite foods are sushi and chicken.
• Hyunsik’s favorite color is red and his favorite number is 37.
• His favorite movies are The Ray and Nothing Hill.
• His original dream was to become a singer-songwriter, not a singer-dancer.
• Other than a music major, Hyunsik also dreamt of being a dentist.
• He likes spending some time alone.
• Hyunsik likes wearing monochromatic colors.
• He enjoys weight lifting rather than going on a diet.
• He plays guitar, piano, and he likes to write and compose lyrics.
• Hyunsik specializes in Chinese.
• Motto: “A thought can become reality.” 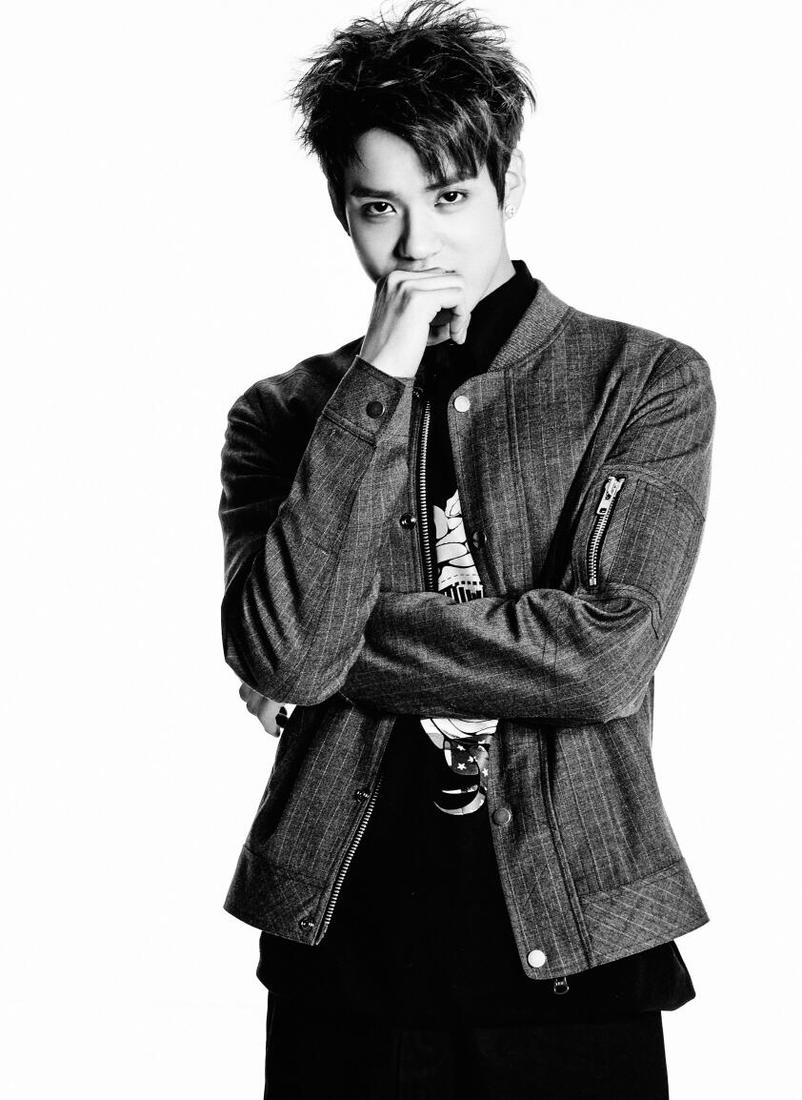 Fun Facts:
• He has an older sister named Jennifer Shin. She is 6 years older than him.
• He was born and raised in America, then moved to Korea 2 years before his debut.
• His bad habits are putting his hands in his pocket and shaking his legs.
• He listens to every type of music but he grew up listening to rock music. His role model is his father.
• Peniel doesn’t have a favorite food, he likes everything.
• Peniel doesn’t have a favorite color, but his favorite number is 73.
• He doesn’t have a favorite movie either.
• His favorite sport is American Football.
• He was the last member to join BtoB.
• Peniel was a JYP trainee before he entered CUBE.
• He knows how to play the bass and the guitar.
• Motto: Bible verses. 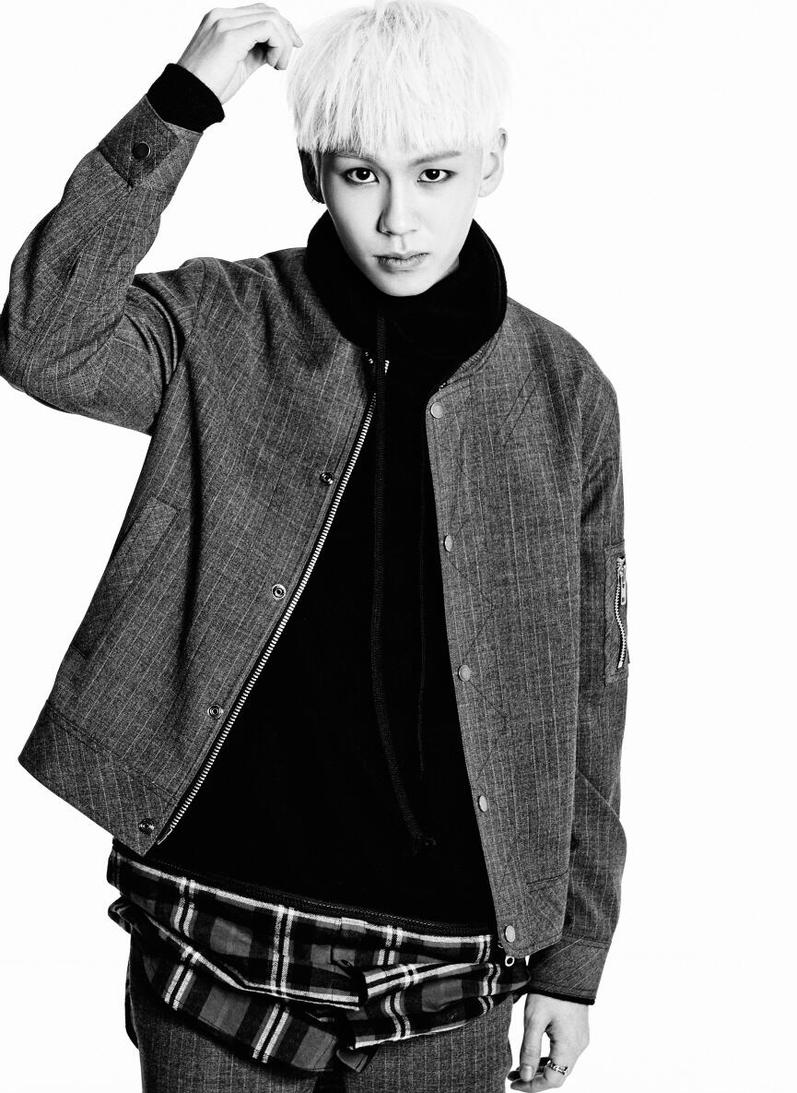 Fun Facts:
• He has an older sister. (JOO, solo singer under JYP)
• Ilhoon has a bad habit of writing down impressions.
• He likes to listen to hip hop music and music that has an easy melody to listen to. His role models are the Dinamic Duo.
• His favorite food is meat.
• His favorite color is black and his favorite number is 1,004.
• Ilhoon’s favorite movie is The Pianist.
• He likes to relieve stress by going shopping.
• Ilhoon’s childhood dream was to become a soldier.
• When he’s nervous, his ears move.
• His goal is to become a star loved by all age groups, not only the teen.
• His ideal type is a woman who is pretty, has a husky voice, and an easy-going personality.
• Motto: “First try it out and see.” 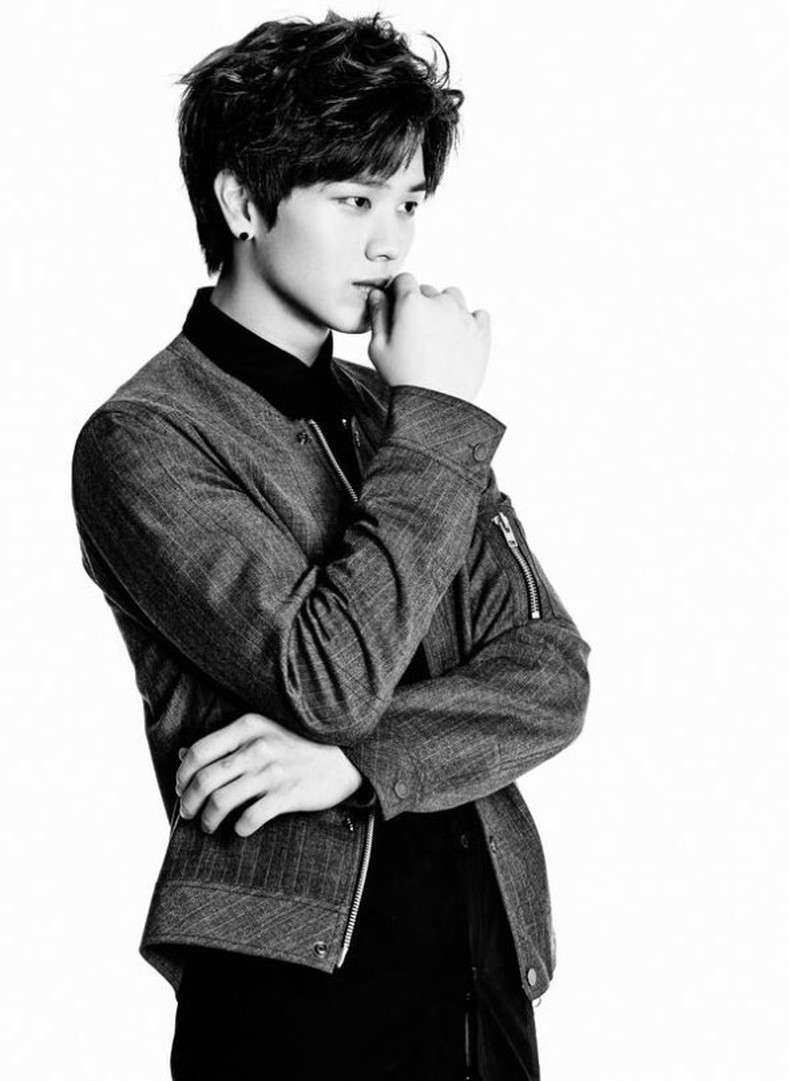 Fun Facts:
• He has an older sister.
• He has a bad habit of spacing out.
• Sungjae’s role model is Kim Dongryul and his favorite song is Old Song.
• His favorite food is Dwinjang jjigae.
• His favorite colors are red and black and his favorite number is 666,666.
• Sungjae’s favorite movie is Bruce Almighty.
• His favorite sport is snowboarding.
• Sungjae’s dream was to become a ballad vocalist.
• Because he is tall, he always gets the side positions in group pictures.
• He is the tallest member of the group.
• He likes to look in the mirror often.
• Sungjae loves to go shopping.
• He likes wearing jackets.
• His favorite song from “Born to beat” is ‘Monday to Sunday’.
• Sungjae’s ideal type is Shin Minah. He likes a girl who is cute, thoughtful, and
enthusiastic. Someone who is very direct, yet nice.
• Motto: “Pom saeng pom sa.” (The Way of the Man) - It means to live by “pom” and die by “pom”. Pom is a Korean modiﬁed word for “form”. In other words; “Poise is the absolute factor in life.”