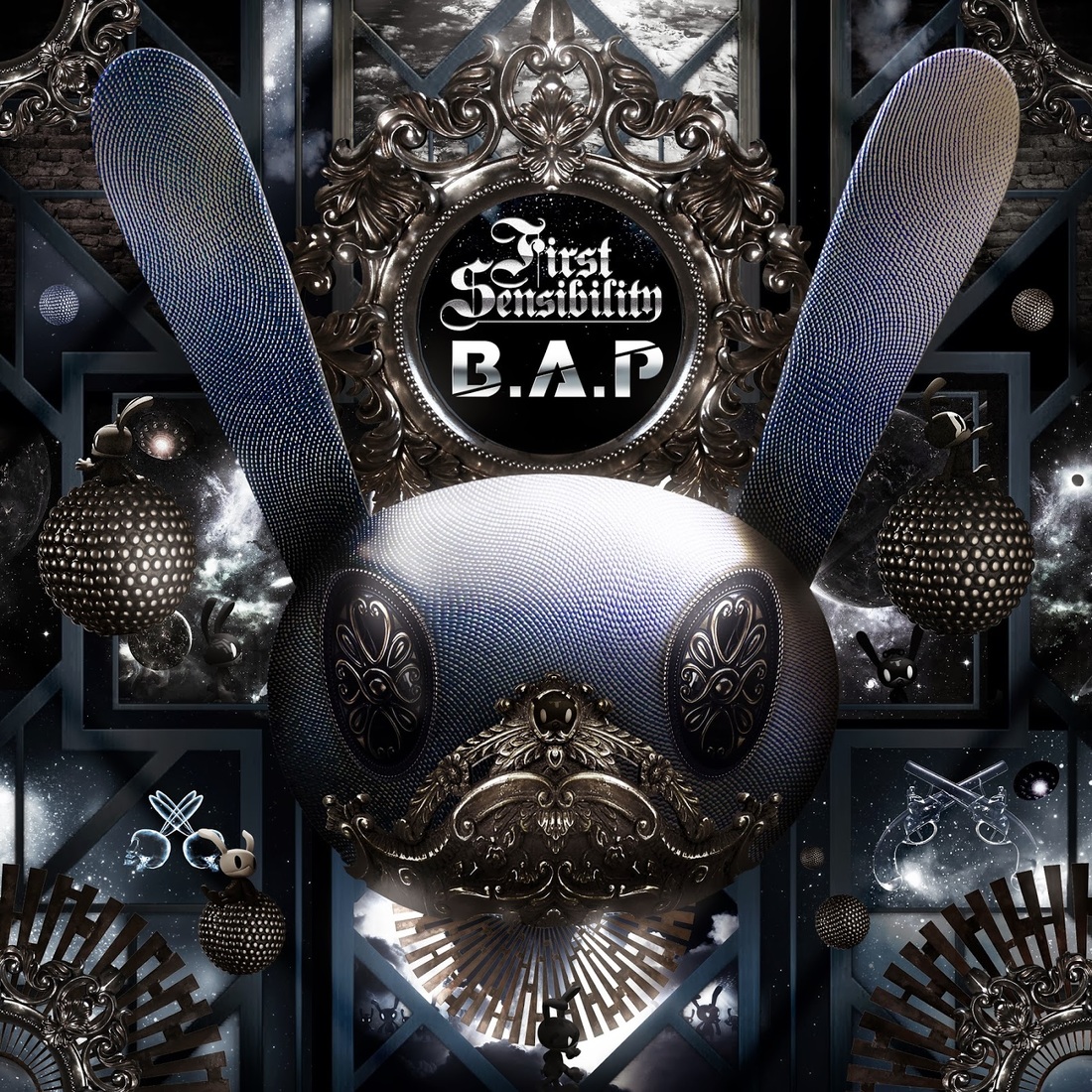 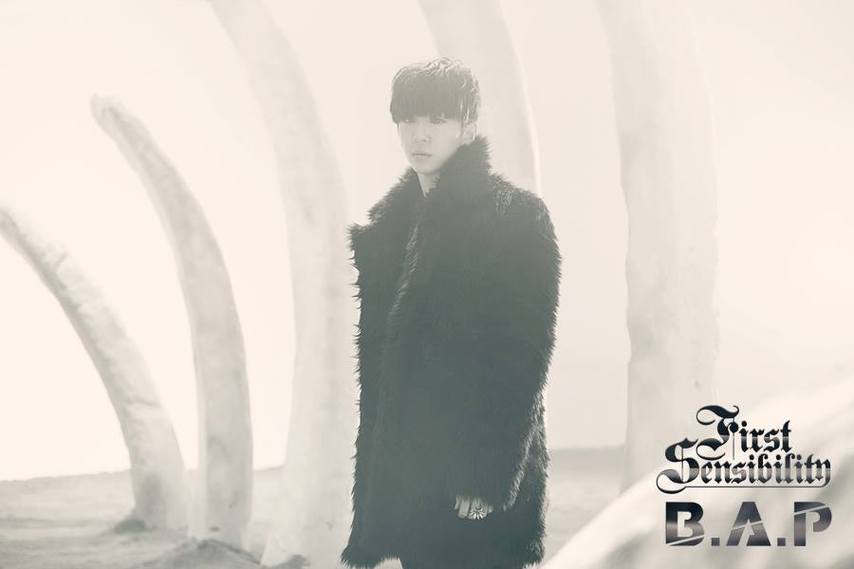 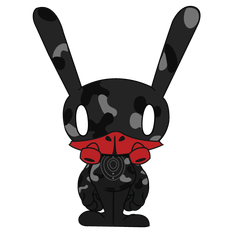 •He started his music career when he was in his second year of middle school. He posted his own rap lyrics on an online forum and was contacted by some members of the under ground group Soul Connection and eventually joined the group.
•From being apart of Soul Connection and meeting people who were already active in the music industry, he was able to broaden his skills in composing, producing, and in music itself.
•He eventually left Soul Connection, but he still did music by himself underground in order to find his own music.
•After being recommended by the hip hop duo Untouchable, he was contacted in 2010 by TS Entertainment to be part of a hip-hop idol group. He was at first hesitant because he was afraid that he wouldn’t be able to create the type of music he wanted and be limited, but TS Entertainment assured him he would be able to live out his dreams. So he joined.
•During his time of being an under ground rapper, he took the name “Jepp Blackman” because he though it left a strong impression.
•He loves African-American soul music and has once said: “If I can be born again, I’d like to be born as an African-American and do music.”
•Was the rapper in Secret’s Song Ji Eun‘s solo single “Going Crazy“,and even wrote the lyrics for the rapping.
•Was in the MV for Secret‘s “Shy Boy” and “Starlight Moonlight“
•Released his first solo single in 2011 titled “I Remember” featuring BEAST/B2ST‘s YoSeob
•Is a member of the underground hip hop crew “Soul Connection“
•Is a permanent guest on the variety show “Our One Night/Lulu Lala“
•In “Ta-Dah! It‘s B.A.P” he is an alien that was a legend in their military back on their home planet. He loves Earth‘s war movies and thinks that all of life’s answers can be found in them.
•He has a twin brother named  Bang Yong Nam who sings in a rock band. He also has a sister.
• Admires Teddy of 1TYM.
•His ideal girl is a virtuous woman with morals.
•He is the peacemaker of the group.
•He is very softhearted and cries often.
•He didn’t know how to talk until he was 5 years old.
•He was in 4minute’s “HuH” MV in the “Who’s Next” segment (You have to look for him!)
•His favorite movie is “Constantine”.
•If he could be another member he would be YoungJae. “Since my trainee period was long, I experienced it when I was young. I am the oldest in B.A.P, however I never been in the middle before. Therefore, I would like to become Yongjae. As he is between the top and bottom, I would want to know his stress or his hardships and worries.”
•If B.A.P were a family he’d be the dad.
•His favorite colors are red and black.
•During the recording of the MV for “Warrior”, he got burnt by the fire during one of the scenes to the point where his eyebrows were gone. In an interview he threatened the fire and warned it to never do it again.
•During B.A.P’s ”Power” promotions, he had to have surgery to remove a cyst on his hand and had to have a cast for over a month.  During that time, he never complained about his hand hurting because he didn’t want anybody to worry about him (though from time to time he used his injured hand as an excuse to have the members do things for him).
•Zelo’s loudspeaker dance in “Power” was his idea 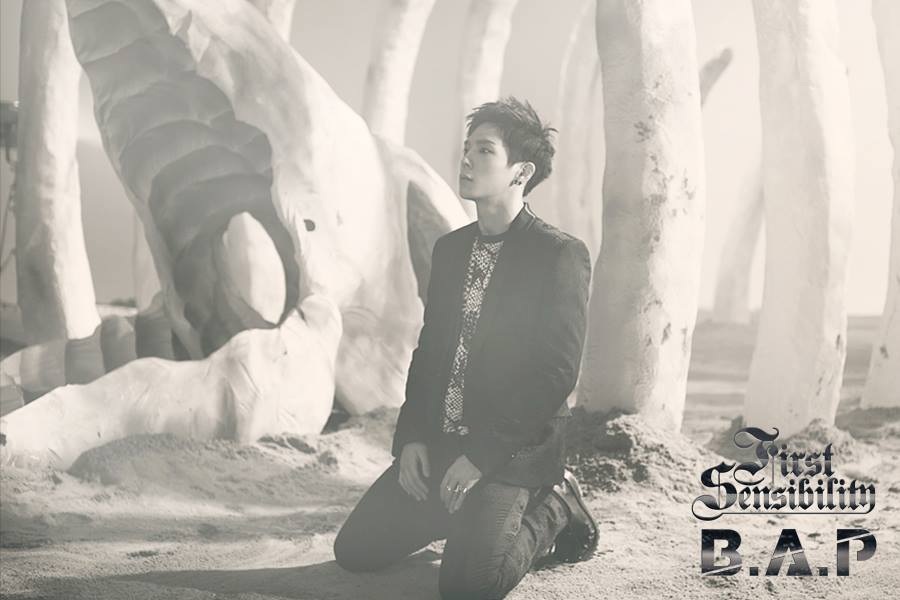 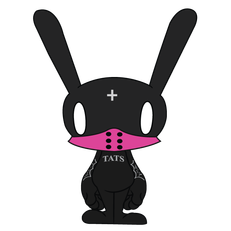 •He was an MC for MTV‘s “The Show“
•Studied traditional music in high school
•Can play traditional drums (As shown on “Ta-Dah It’s B.A.P)
•Was in Jung Seulki’s MV for “Back in Place Again“
•Was in the MVs for Secret‘s “Shy Boy“ and “Starlight Moonlight“
•Was in Song Ji Eun‘s “Going Crazy“
•Was in the Bang & Zelo‘s MV for “Never Give Up“
•In “Ta-Dah! It‘s B.A.P” he is an alien commander, and whenever he raises an idea it‘s almost always shot down by either Bang or YoungJae.
•Has an older sister
•His ideal girl is someone who is kind.
•His favorite movie is the Japanese film “Wish, Be With You.”
•His ideal type is actually labelmate Secret’s Hyosung because of her mother like qualities.
•If he could be another member he would be Zelo. “ Because he’s cute. I mean, sometimes when Zelo and I had skinship/physical contact, Zelo looks cute, therefore, I would like to know whether Zelo dislike it or not by feeling it with his body/ becoming him.”
•If B.A.P were a family he’d be the mom.
•His favorite colors are black, gold, and red.
•His favorite food is pasta. 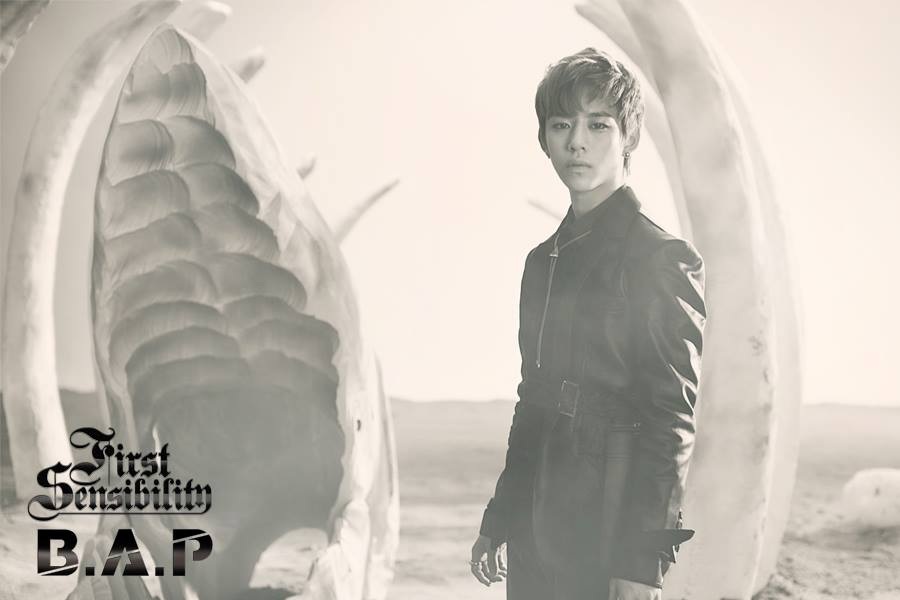 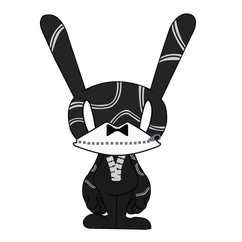 •He speaks with a very heavy Busan dialect
•In “Ta-Dah! It‘s B.A.P“ he is a spy/observer of the squad placed on earth and is often seen just watching them.  He landed in Busan which is why he specks in that dialect.  He does not like any of the members but is fascinated by JongUp’s dancing.
•His ideal girl is someone like Shin Saimdang
•Admires Shin Yongjae of 4MEN
•He is closest with Bang, but he and YoungJae are very close since their trainee days.
•When he first joined TS he went up to Secret and asked “Can you sign this for me?”
•His favorite movie is “A Moment To Remember”.
•If he could be another member he would be HimChan. ”He’s cool, good looking and popular around women. I would like to react to the popularity among women.
•If B.A.P were a family he’d be the oldest son.
•His right hand is very weak so the members call him left handed. But when he uses chopsticks or sign’s something it’s always with his right hand.
•He likes fluorescent colors.
•He still gets nervous when he’s around fans.
•He began to dream of becoming a singer after watching TVXQ/DBSK perform.
•When asked in a interview who he wants to meet, he hilariously replied Secret since “they are always practicing, but we see them a lot. But even saying, “Noona~ Buy us food~” is kind of awkward for us, so I want to know them more.”
•His friends laugh whenever someone calls in Busan’s WonBin. 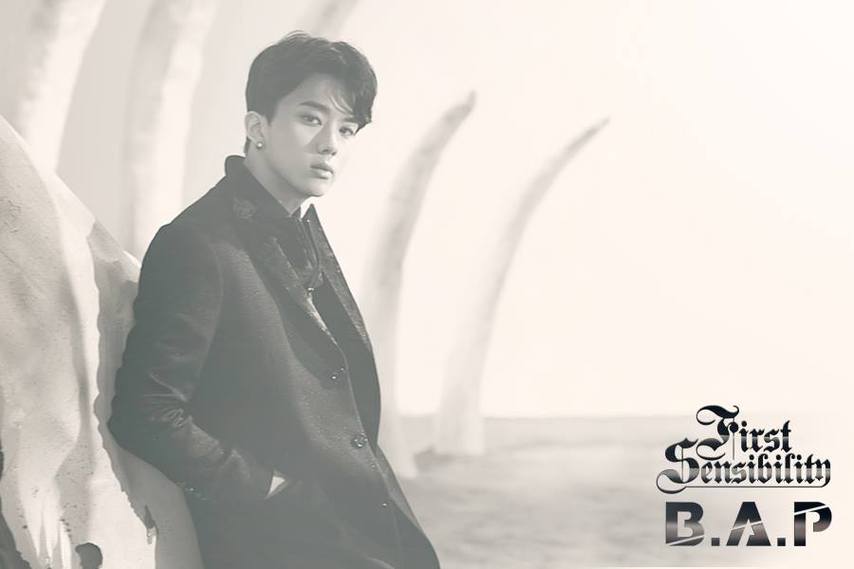 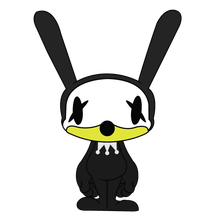 •In “Ta-Dah! It‘s B.A.P” he is the “Brain” of the group (thus his nickname) and believes that they can take over the world by being respectful [Which Bang adamantly disagrees with].  He holds a grudge against any member that shuts down his ideas, and during his free time he loves to go to the electronic store.
•Has an older brother
•Admires the artist Musiq Soulchild
•His ideal girl is someone who likes him a lot.
•His favorite movie is the Korean film “Marathon Kid”.
•He is a big fan of Jay Park.
•He is not as muscular as the other members and has a bit of a stomach.
•If he could be another member he would be Zelo. “Zelo is a child with lots of talent and he is the youngest who is loved by everyone. I would like to misuse it. It sounds fun living as a maknae.”
•If B.A.P were a family he’d be the mom (he says that HimChan may say he is but in reality YoungJae is).
•He doesn’t want his future girlfriend to wear revealing clothing.
•His favorite color is sky blue.
•He and DaeHyun became very close during their trainee days.
•His ideal type is someone similar to Kang Sora’s character in the movie “Sunny”.
•He won first in several JYP auditions.
•He was a trainee at JYP for about a year, but joined TS because his debut didn’t seem to be nearing any time soon.
•He says his flaw is being slightly shy.
•He started considering becoming a singer after performing on a talent show on a school trip.
•He thinks that Himchan is a child who doesn’t have a complete grasp of things and exact judgement.
•He would immediately say no to scouts when he was casted on the streets. 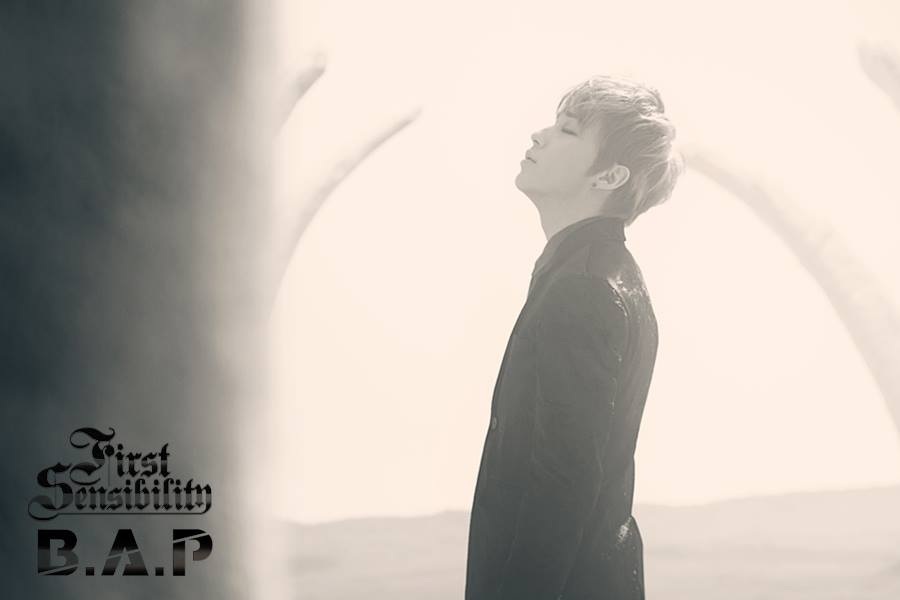 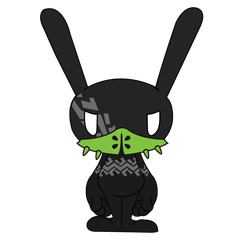 •He is very shy and at times a bit awkward.
•Was in the MVs for Secret‘s “Shy Boy“, “Starlight Moonlight“
•Was in the Bang & Zelo‘s MV for “Never Give Up“
•In “Ta-Dah! It‘s B.A.P” he is an alien that doesn’t really have much thought, and is almost always exercising or dancing. He never complains when the other members send his on errands and is always seen with a smile on his face (which puzzles DaeHyun to no end).
•Has two older brothers
•Admires Chris Brown
•He doesn‘t have a specific ideal type, but would like her to be older than him.
•He says that his future girlfriend is someone he likes as soon as he sees them. “I really like someone who I see and exchange that vibe with them. Ideals are just ideals.”
•He can sing while doing a backflip.
•His favorite movie is the Japanese film”Be With You”.
•If he could be another member he would be Zelo. “It’s because Zelo is the tallest. I would like to breathe the fresh air from above.”
•If B.A.P were a family he’d be the 2nd oldest son.
•His favorite color is black.
•He was casted on the streets for his dancing talent.
•His shoe fell off during their showcase.
•When asked in a interview who he wants to meet he replied Jay Park. 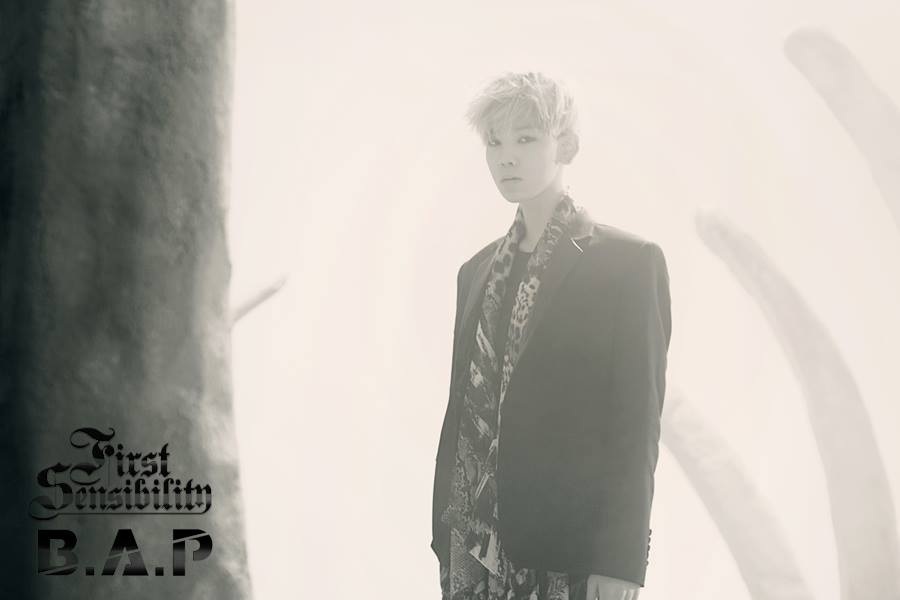 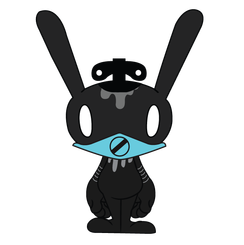 •His stage name comes from the Greek god “Zelos” which is the god of rivalry.  He was named that because of how hard he worked amoungst all his hyungs
•He skateboards
•He and YongGuk formed a sub-unit called “Bang & Zelo“
•In “Ta-Dah! It‘s B.A.P” he is a robot that was created by Bang to help take over the world when they promoted their “Bang & Zelo”album.  DaeHyun is wary of him since he was programmed by Bang,thus he could be extremely dangerous.  He has a tendency to “shut down” randomly.
•Has an older brother
•Admires American artist Kanye West, Will.i.am
•His ideal girl is a girl who’s good at English and has a pretty smile.
•Although he is the youngest, he is the tallest of B.A.P. He has stated that he is trying his best to stop his puberty.
•His favorite movie is “2012″.
•He wants his fans to call him “Oppa” even though he is younger than most of them.
•If he could be another member he would be Bang. “Although I am also writing lyrics, but Yongguk hyung writes lyrics and compose, moreover, he is also able to produce. Becoming Yongguk hyung, I would like to experience something which is producing.”
•When he was young he would practicing beat boxing and dance in front of his mom’s dresser by himself.
•If B.A.P were a family he’d be the “cute and pure maknae who gets the most love from his hyungs.”
•Watching TVXQ/DBSK and Super Junior made him want to become a singer.
•His favorite color’s are grey, green, and red.
•He is very close to JongUp since they are both the youngest and have bonded during their trainee years.
•He attended a academy in Gwangju to improve his dancing and rapping skills and have to travel there from Mokpo everyday (which is about an hour).  The fare wasn’t cheap and after realizing how much his parents supported and encouraged him, he learned to be frugal.
•One day Dynamic Duo was performing at the Gwangju terminal and he took a picture with them. Ever since then he’s admired them.
•Ironically, he was able to be featured in one of Dynamic Duo’s concerts and he performed the song “Solo”.  After he asked them to “please raise me [to become a singer]“, but they hilariously replied it would be difficult since they are both going into the army. “It’s a memory I can’t forget” he states laughing.